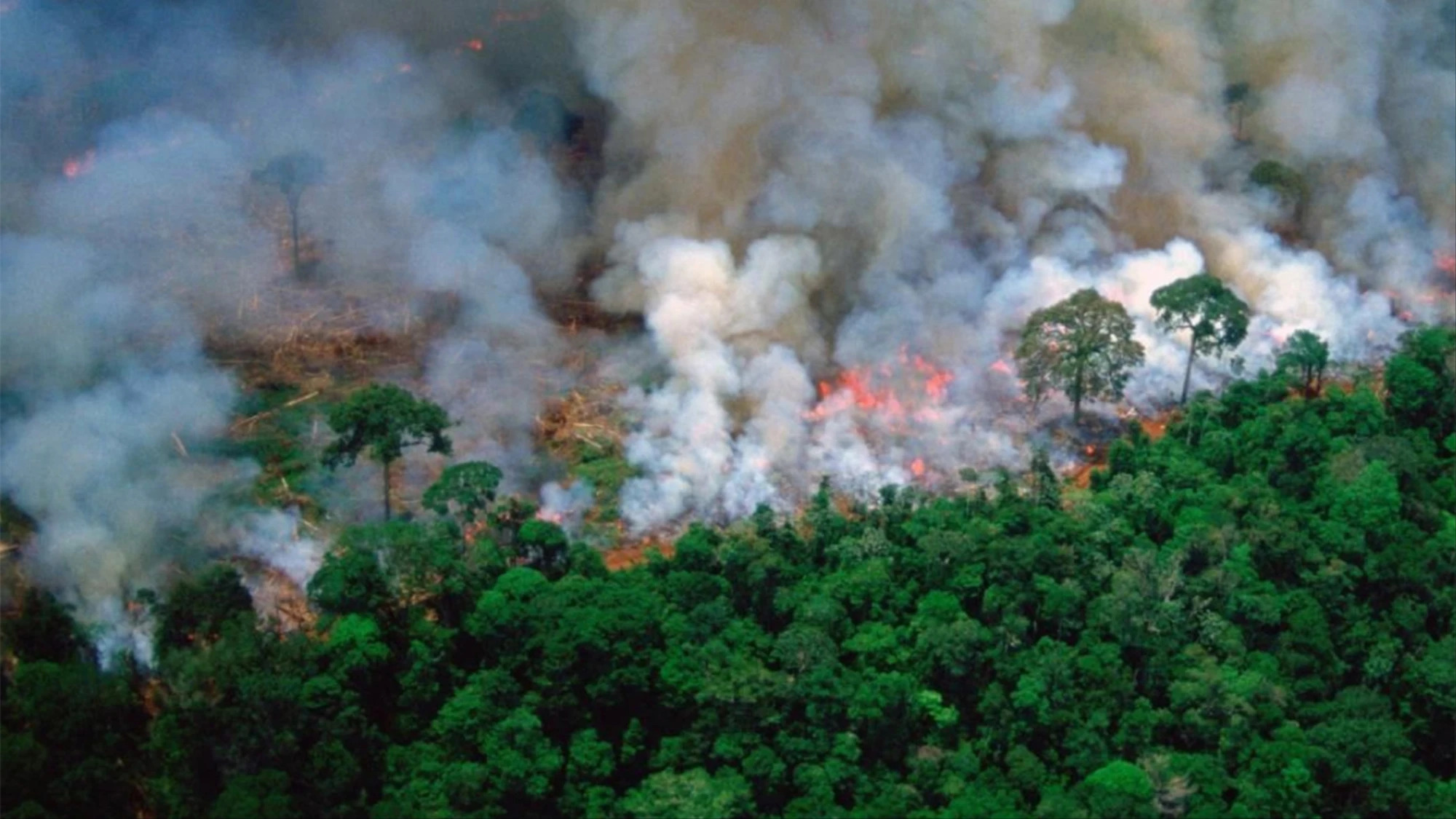 The Brazilian Spatial Research Institute (INPE) has released the first pictures on the destruction of the Amazon rainforest. There are images from INPE’s satellite that shows thousands of hectares destroyed by the fire. The experts say: “This is an environmental disaster”. In eight months 73 thousands of fires have been detected.

Obviously, these fires are having catastrophic consequences on the animals. The risk of deforestation has grown and the number and seriousness of the fires have reached record levels. In addition, INPE’s satellite shows that fires have increased of about 83% from August 2018 to August 2019. This is the highest number of fires from 2013. In the last twelve months 6.800 square kilometers have been destroyed. The fires have also caused a power black out in San Paolo.

Causes
NOOA (National Oceanic and Atmospheric Administration) is a federal agency in the US, blaming “a combination of drought, deforestation, and climate change”. The experts of the agency say that “for a lot of time, the Amazon rainforest has been able to fight the spreading of fires thanks to its humid environment”. However, the area has recently had three periods of great drought (2005, 2010 and 2015-2016). In this way, the Amazon forest has lost its tree roof, being able to hold less and less humidity.
On the other hand, INPE points at human responsibilities, declaring that the high number of fires can’t be attributed only to drought or natural causes. “There’s nothing anomalous in this year’s climate or precipitations, they’re just a little under the average”, says Alberto Setzer, an INPE researcher. “The drought season creates advantageous situations for the extension of fires, but there is also men’s contribution at stake”, adds Setzer.

Climate change
Climate change will likely intensify fires in the Amazon rainforest, which could turn it from a carbon sink into a carbon source, scientists say. Some 16 percent of the forest in the southern Brazilian Amazon may burn by 2050 “as the climate becomes worse and worse in the next few decades,” according to Science Advances. That amounts to global warming doubling the area burned by wildfires in this region in the next three decades, they fear. Data suggests the carbon dioxide, which has already been released into the atmosphere, has already doomed the region to “substantial warming and drying” and might intensify fires. Forest fires have gotten bigger thanks to human activities and extreme weather, and, “ironically” are sending up more carbon into the atmosphere. However, the researchers also provided a glimmer of hope. If deforestation is avoided, greenhouse gas emissions released by fires could be cut in half and fires prevented from spreading to protected areas and indigenous lands.
The Amazon’s humidity usually stifles these fires before they get too big, but this year was particularly hot and dry worldwide.
Overall, according to Climate Central, this year might become globally the third hottest on record. 2019 was the fourth warmest, behind 2016 (the warmest), 2015 and 2017. Hotter air sucks away the moisture from trees and soil, while decreased rainfall makes for parched forests that are more prone to burning. In this sense, climate change and uncontrolled rainforest blazes are interconnected.
Individual events like forest fires, hurricanes, and winter storms can’t be directly linked to climate change; however, climate change does increase the likelihood and frequency of wildfires around the world. Warmer conditions also allow blazes to start to grow bigger than they otherwise might be.

Who put out the Amazon fires?
Unfortunately, there have not been a lot of civilian volunteers who have helped to put out the fires; the few who tried, were arrested under President Bolsonaro’s decision. He also accused NGOs of setting the fires. However, five volunteers have been found not guilty by a judge, and the Italian ecologist Angelo Bonelli has attacked the Brazilian President: “He is using an upside-down world theorem: he accuses those who put out fires, the Indians and volunteers, and not those who want to exploit the fire.”
Football players Gerard Piquè and Cristiano Ronaldo have sent planes load with water, which have released their liquid contents on the fires. Besides, Leonardo Di Caprio donated 5 million dollars. Despite the immense help of the firefighters, most of the work was done by torrential rains. Even today the fires are not completely gone out.

Who benefits from Amazon rainforest fire?
President Jair Bolsonaro benefits from the fires in the rainforest, in fact he previously said that the Amazon could be a problem for the economic development of his country. Bolsonaro also reduced 24% of the budget to IBAMA, Brazilian Institute of the Environment and Renewable Natural Resources.
Other big industries like McDonald’s can benefit from the Amazon tragedy, because the damaged areas can be a useful space to build a slaughtering plant or raise cattle and increase its profits.
The American company Cargill rejected to lose her own relations with providers involved in the Amazon fire, but increased her earnings of about 5% last year, billing about 114.7 billion dollars.

What are we risking to lose?
Today, the Amazon rainforest is fighting a huge threat. If the rhythms of deforestation don’t change, scientists estimate that in 2030 27% of the rainforest will be without trees.
Almost two hundred species of animals, among which we have to include armadillos, ant-bears and the crowned eagle, and a hundred of plants risk extinction because of the fires.
According to a recent WWF analysis on the world’s flora and fauna, we know that 53% of birds, mammals, amphibians and reptiles that live in the forests might extinguish. This is a worldwide emergency and we all have to support an appeal to governments around the world for the protection and restoration of forests, starting from our global lung, the Amazon rainforest.